His screen time is cut short, but Cera delivers one of the more entertaining performances I've seen from him in years, as the manipulative and cocky nerd. Chastain is believable, and she does a good job of pulling off Molly's transformation, but it's not one of her best performances. She has a presence, when Molly finally decides to start running her own poker games, but I have to go all the way back to The Help to remember Chastain's last truly good performance.

With Aaron Sorkin, you know it's going to be a dialogue heavy film, but for me it's a case of trying too hard to stay true to the source material.

Destiny, sometimes referred to as fate, is a predetermined course of events.

Molly's Game falls flat during the scenes showing Molly's life growing up and her relationship with her father, and the flashbacks are real momentum killers for the storyline about Molly's rise to the top in the underground poker world. I'm also kind of surprised Molly's Game didn't receive more Oscar nominations. It's a movie written and directed by Aaron Sorkin, featuring a real life story about a woman fighting to make her mark in a man's world, but a lot of the buzz surrounding Jessica Chastain has cooled off over the past couple of years.

And unless you're interested in the inner workings of a high stakes poker game, it's hard to look at Molly's Game as a must-see film. It's official. Insidious is just another horror franchise that had some potential in the early stages, but now they're just churning out mediocre sequels to turn a profit. Tucker and Specs are more entertaining in small doses, and the Key Demon is not scary or intimidating. He's kind of lame, and his trick for using his key hands to basically lock someone's voice and their heart loses the desired effect to pull that squirmy reaction out of you after you see it more than once.

It's the same thing with Saw and other mainstream horror franchises, but Insidious has reached a point, where they're just content with sticking to the same formula over and again: Demon possesses random victim, demon holds the victim in The Further as a hostage, and someone usually Elise has to go into The Further for the big finale to save them.

Rinse and repeat. They tried to make a more emotional and dramatic film, with an in-depth look at Elise's childhood and how she grew up with her brother and her abusive father. But if you've seen one Insidious film, you know where the story's going and how things are going to play out once the demon possesses his target.


A few good jump scares, but it's clear they're trying to milk this series for another sequel or two. Towards the end, it's revealed Imogen Elise's niece has the power to go into The Further and fight the demons, so you have to believe they're moving things into place to set her up as one of the main characters, if they decide to move on from Shaye.

You can tell Insidious was never supposed to go past one film, because a. Elise was killed off in the first film, and b. The Last Key is the second prequel now. A group of dangerous people want to harm his family, and they're out to frame him, so he's forced to utilize his special set of skills to save them. One obvious twist at the end, but The Commuter is a tense action thriller that plays a good guessing game. When Michael Nesson believes he has everything figured out, Joanna Vera Farmiga throws another curveball at him, and Neeson proves he still has some value left as an action guy.

Welcome To The Jungle works as the big Hollywood popcorn flick, and the special effects in the original Jumanji are dated, but the '95 film had a stronger sense of emotional depth, with the relationship between Alan and his father and Alan desperately wanting to return to the 60's. And I understand the need to modernize things with the video game tie-ins and what happens, when you reach the "game over' point, but I have to give the edge to the original Jumanji for playing up the high stakes and delivering a more suspenseful finale.

If she's in a high profiled film, you know it's all but guaranteed Meryl Streep will find her way into the Oscar nominations, but after watching this, I'm kind of surprised Tom Hanks didn't receive a nomination. With everything going on in the world namely America , it wouldn't surprise me if The Post managed to pull off a near clean sweep at the Oscars, because it's easy to pick out the parallels with today's world. Streep is portraying a woman, who has to fight to have her voice heard in a man's world, and it gets to a point, where she has to remind everyone, who's in charge.

The Post also has a heavy amount of social commentary about censorship for the press. There's the ending with Nixon refusing to grant access to the White House for The Washington Post and the Watergate cliffhanger, so when you look at everything in the movie, it's easy to connect the dots to The Women's Movement, Trump's daily tantrums on Twitter, and the rants about fake news.

After the intro, I was almost sure they were going for a modernized blaxploitation style film, with Taraji P. Henson doing her best to emulate Pam Grier, but that's not the case here. 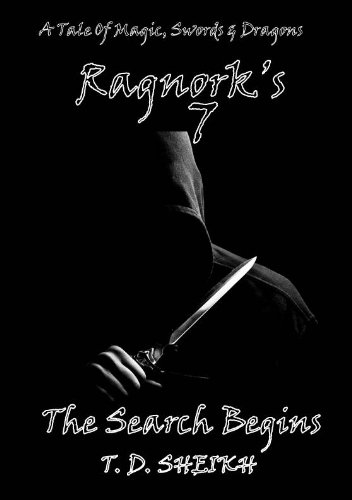 Proud Mary predictably goes through motions, and you can see the ending coming from a mile away. With the exception of certain parts in the finale, none of the action sequences deliver any real excitement or thrills, and Mary doesn't live up to the hype as an unstoppable killer. Henson is known for having a cocky swagger and a charismatic personality, but Mary being a bad ass is basically limited to hard, squinted stares from Henson and a lot of scowling.

Danny Glover looks like he's just phoning it in for the majority of the movie, and Tom's obsession with Mary feels too forced and unnecessary.

It's not one of his best performances, but Lewis proves he still has the chameleon-like ability to pull off another impressive transformation, playing the obsessive and meticulous fashion designer. It's a dialogue driven film, but Phantom Thread features a strong love story, and the dynamic between Lewis and Krieps is fantastic. Woodcock Lewis is a demanding and condescending jerk, but Alma Krieps is determined to impress him, so she can prove she's worthy of living up to Woodcock's high standards.

Alma and Woodcock share a toxic relationship. Alma refuses to leave him, and towards the end, you get to see how far Alma is willing to go to show Woodcock that living a life without her is not an option. Phantom Thread is a bit over hyped in my eyes, but it's easy to see why, with PT Anderson directing and all the hoopla surrounding Lewis' big send-off. I haven't seen the first one either, so that wasn't a bonus.

I had heard a lot about the success of the first one, however. Truth be told though, this wasn't great.

I totally get that it isn't designed and geared with men like me in mind but I found only a few things to make the film worthwhile. The idea behind the film is decent too. I've never seen an audience stand and applaud a movie when it concluded but I can check that off of my bucket list at least. Quite honestly though, the positive were outweighed by the negatives, and they were aplenty.

The acting was rigid and the singing was auto tuned to the high heavens. The film was predictable and some of the performances namely Cher were woeful. The end could have been 20 minutes earlier and it felt like a chore getting through the whole thing. Add that the whiff of Prosecco I had to live with, all in all it was pretty miserable viewing.

The First Purge really tries to push a more current form of social commentary. They don't actually show the beating, but there's a scene where it's heavily implied a group of cops relentlessly beat an unarmed black man. We already know The Purge is rigged from the inside. We already know poor people are the targets, and when you get to the core of it, The Purge just gives sadistic rich assholes an excuse to murder people and pad their bank accounts.

You MIGHT get something out of this, if it's your first Purge film the prequel route helps , but if you've seen one Purge film, you've seen them all.

Election Year did a poor job of playing up the enormity for the possibility of The Purge coming to an end, but Frank Grillo was still one of the more entertaining characters in the series. The First Purge? There's just nothing worth remembering in this one. The kills are forgettable and lame, you can see every decision, twist i. I know Skeletor is supposed to be the big, bloodthirsty bad ass in the movie, but his character is too over the top and borderline wacky his cringey monologue to open the movie.

It's almost to the point, where you believe Skeletor belongs in a crappy comedy spoof of The Purge films. A prequel was the right move in an attempt to bring something fresh to the series. But we're at the bottom of the barrel for milking the concept behind The Purge now, and for me, the best part of watching TFP in theaters was finally getting a chance to see the Halloween trailer on a big screen. I'll watch the TV series out of morbid curiosity. But going by the trailers and commercials, everything looks like an extended version of the films, so it'll only appeal to die hard fans of the films.

But at the same time, it's one of those loaded twists, where it's damn near impossible to buy into it, because every occurrence and decision needs to perfectly fit into The Circle's the bad guys big master plan for it to work. The original had a supernatural twist and supernatural elements, but Unfriended also had a stronger sense of realism, with cyberbullying, attacks from lynch mobs on social media, and a friend stabbing another friend in the back to humiliate her I think her name was Laura. I'll try and tip-toe around major spoilers, but the group in Dark Web is targeted by The Circle after Matias steals a laptop containing a library of disturbing videos.

That's the big difference, because Dark Web is more of a generic found-footage style horror film. Sure, they throw in a few social commentary nuggets, with AJ's rant about Twitter being a sand trap to exploit millions of people. Matias and Amya are the only two characters, who are worth caring about, and their relationship is one of the few highlights in the movie. Dark Web is tense, and they stick to the computer screens and security camera POVs from start to finish to maintain some continuity, but it's a basically a mediocre and forgettable found-footage horror film.

It's just too much.

The shock factor is gone after the third twist, and to make matters worse, with all the twists, the tail end of the movie feels like a mash-up of alternate endings on the special features section on a Blu-Ray or DVD. And this is something that kind of irks me, but The Spy Who Dumped Me has traces of a romantic comedy. They got out of their way to make Mila Kunis look like an inept loser with no real goals or ambition in life.

She works a dead end job, and she can't find a guy to date.